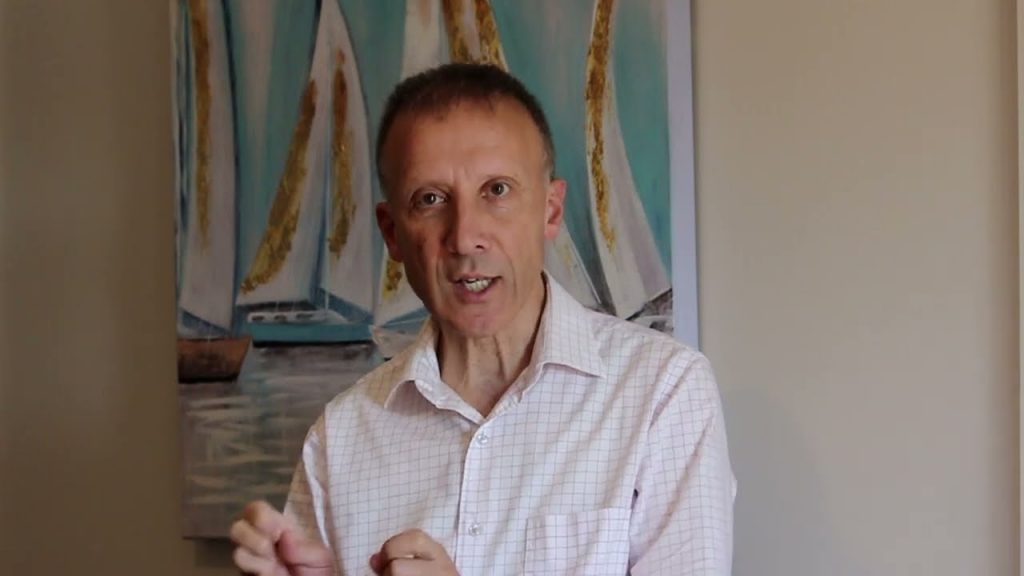 Make losing your job not the end, but a great new beginning.

It was the week before Christmas, and Barry was driving home from another day as a software trainer in Corporate America. Suddenly his phone rang – it was his senior manager, Jessica, with the shocking news that he had been laid off. Words can’t really express the devastating effects of such a call from out of the blue; it felt as though he’d been punched in the stomach and the heart simultaneously, and being so close to Christmas merely added insult to the injury. What was he going to tell his wife, and what about his children?

When the initial shock wore off, he recalled that this wasn’t the first time it had happened to him, being knocked out of the employment ring by a surprise blow. Two years earlier, and again just before Christmas (do they do this stuff on purpose?), he’d lost his job as a Systems Engineer – that time he was given a ‘reprieve’ in the form of a lower (and lesser paid) position in the company’s training area, which he humbly accepted.

But this time was different. Taking to heart the old adage, ‘Fool me once, shame on you. Fool me twice, shame on me,’ Barry resolved not to be anyone’s punching bag ever again. He decided to step off the employment (not so) merry-go-round, that it was time to make his career happen rather than just let it happen to him. From this new perspective, he took another and much deeper look at where he was in his work life, and where he wanted to go.

‘Employers knock (and keep) down employees, but the champion entrepreneur just gets back on their feet.’

This time he chose to take control of his career by becoming his own boss – to finally be free of having to play by someone else’s rules, and accepting their assessment of his worth. He realised that he’d always wanted to do something that tapped into his own ideas and creativity, unfettered by a bureaucratic culture which ruled the lives of its employees with an iron fist. So the decision was made, and he would not return to corporate employment even if they came begging.

But how on earth had he allowed himself to get into this vulnerable situation in the first place? Well, he accepted the lower position in his last company, and remained an employee in his next career move, because he lacked the self-confidence to make his own way in the world – a state of mind that keeps many people trapped in unfulfilling positions, denying their own dreams and potential. Also, with each passing year his income had (slowly) increased, and he began feeling as comfortable as a frog in slowly heating water, again a familiar scenario.

We often hesitate to leave jobs we’ve outgrown because of fear – fear of loss of the ‘security’ of a regular income, and the lifestyle that comes with it: the home, car, annual vacation, social status, etc., All of this comes with financial commitments that can keep us locked into employment that actually costs far more than it ever delivers.

Deep down Barry knew he had an entrepreneurial heart, but it had been almost forgotten over the years in the need to make a living combined with the fear of failure, but when he gave himself permission to stand up and step out, all his old ambition came flooding back. It was finally his time to shine, so the next decision was what form that shining would take.

‘Your life experiences, both positive and negative, are designed to make sure that time doesn’t run out on your greater purpose.’

Once he truly opened himself to the question, ‘What would I love to do with my life?’ he remembered that ever since college he’d had a dream, and it was: ‘God, I’d love to write a book, and be one of those guys who stand on stages around the world teaching people how to succeed – that would be awesome!’

That was what he felt called to do, but then the fears and doubts got in the way: ‘Who am I to do this, a COBOL Programmer? Where would I start? How can I make a living from a fantasy?’ so he turned away from his heart’s desire until he was given the opportunity to return and give it new life. With this understanding his dismissal was no longer a curse but a blessing, not a tragedy but a potential triumph, and he determined to seize it with both hands, to not let another year slip by without making his mark on the world.

With the wisdom of experience he knew he didn’t need to rely solely on his own abilities, just as he wouldn’t repair his car or computer when he could hire skilled mechanics to do it for him, so he sought advice from a range of mentors and experts in the field of entrepreneurship. They encouraged him to find and define his core strengths – which included technology, education, and sales – and to apply them to writing his book. Their guidance helped him over the first and most challenging hurdle, to begin, and with action came increasing clarity of purpose.

They also advised him to join several Mastermind groups in order to develop his network in the entrepreneurial arena, and through the associations he made there and the support he received, he went on to write numerous books. Today he runs his own business, helping others navigate the path he had struggled to follow – writing and promoting their own books. He trains them as Thought Leaders whose books are their business cards, as well as the income engine driving their larger coaching and consulting businesses.

It took two wake-up calls, but having experienced the repeated pain and embarrassment of losing his corporate job, Barry was finally able to turn what at the time felt like the worst thing that had ever happened to him into a great gift. He took the initiative to become self-determining, made a leap of faith (in himself), learned or hired whatever he needed to move on and up, and the result was success beyond anything he’d imagined.

Now, the truth is that Barry isn’t as unusual as you might think. More and more people, tired of increasing employment uncertainty or hit by actual job loss, are turning challenge into opportunity and becoming self-sufficient. Their entrepreneurial journey is an adventure into their own expertise, creativity, and self-fulfilment, and the vast majority who go on to great success do so by working with coaches, mentors, and Mastermind groups. They know there is much to learn, and they take the time to get the support and education they need to bring their particular talents and gifts to the world.

Overcoming the fear of working for yourself, and getting help to identify and strategize your dreams, is the best way to move your career and life forward. Often, just the other side of fear – there is magic.

You can squander time and energy complaining about having lost your job,
Or
You can be grateful for the opportunity to rise even higher, potentially as an entrepreneur.

Having remained employed at a time of great corporate upheaval, Tony understands what it takes to keep your job when thousands are losing theirs. He also knows what it takes to be ready for job loss so that it becomes the next opportunity rather than the life crisis experienced by those who are unprepared. 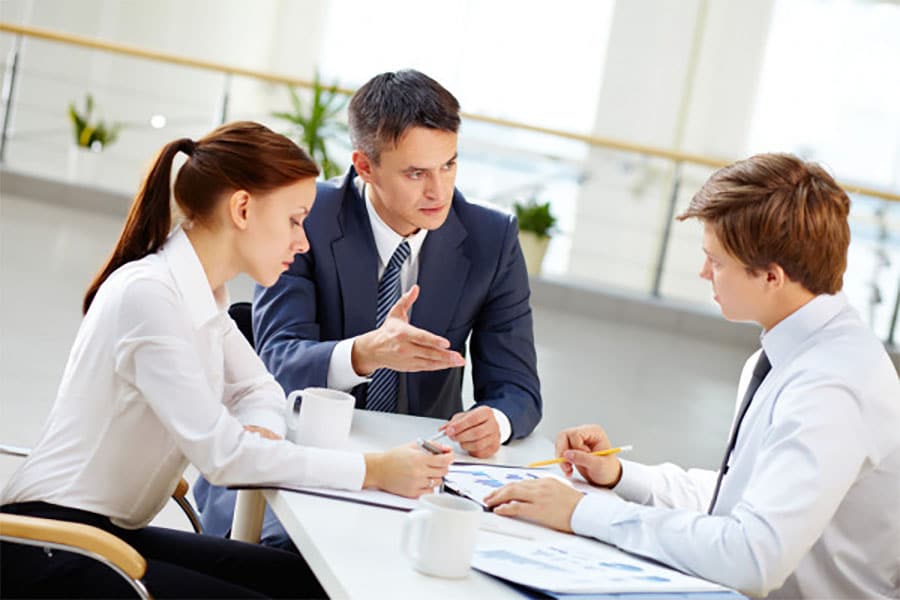 Book a free call with a career coach who works with corporate professionals. We’ll discuss your career, your challenges and your goals before determining the best next steps.

The Phoenix Career Principles is filled with actionable steps and inspiration to help you build a secure and satisfying career that leverages the entrepreneurial journey. You will step out of… 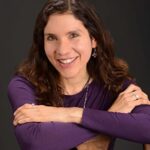 Cloris Kylie
Bestselling author of Beyond Influencer Marketing
Brilliant … very much needed in the world at this time. … The Phoenix Career Principles offers insight, vision, and a solid formula to provide the guard rails to protect… 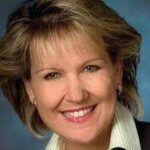 Kae Wagner
author of Leadership Glu
1. What an incredible book! I couldn’t put this book down. I was hooked from the first word until the last. This is one of the best business books I… 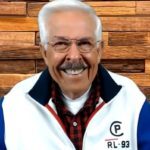 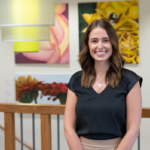 Katina Kokkinos
Teacher
Tony’s capability and enthusiasm for coaching and mentoring has helped numerous corporate individuals to advance their careers and chart a course to greater professional and personal fulfillment. 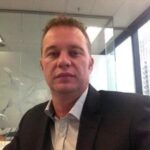 Rodney Walker
General Manager
“Tony’s coaching sessions have shifted the way I manage my career. I have gone from anxiously waiting and worrying that technology would again steal my job to proactively exploring and… 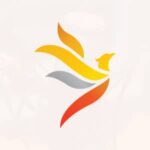 Victoria Carruthers
Administrative Officer
Tony Pisanelli is one of the most engaging guests I have had. He offered practical insights that came to life thanks to the many stories and examples he shared.  My…

Cloris Kylie
Bestselling Author and Podcast Host
Tony’s coaching is truly one of genuine passion for developing others. He has helped me to see my career as a rich development experience and an opportunity to learn about…

Andrea Greenwood
Product Manager
Tony had the ability and insight to guide me from a job where I didn’t feel a strong connection to a career path centred on my passion for luxury motor vehicles. Now…

C. Nicolaci
Sales Manager
After months of being torn between two career paths, Tony’s coaching has allowed me to develop a strategy that achieves the best of both worlds. 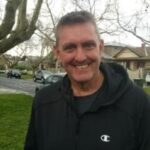